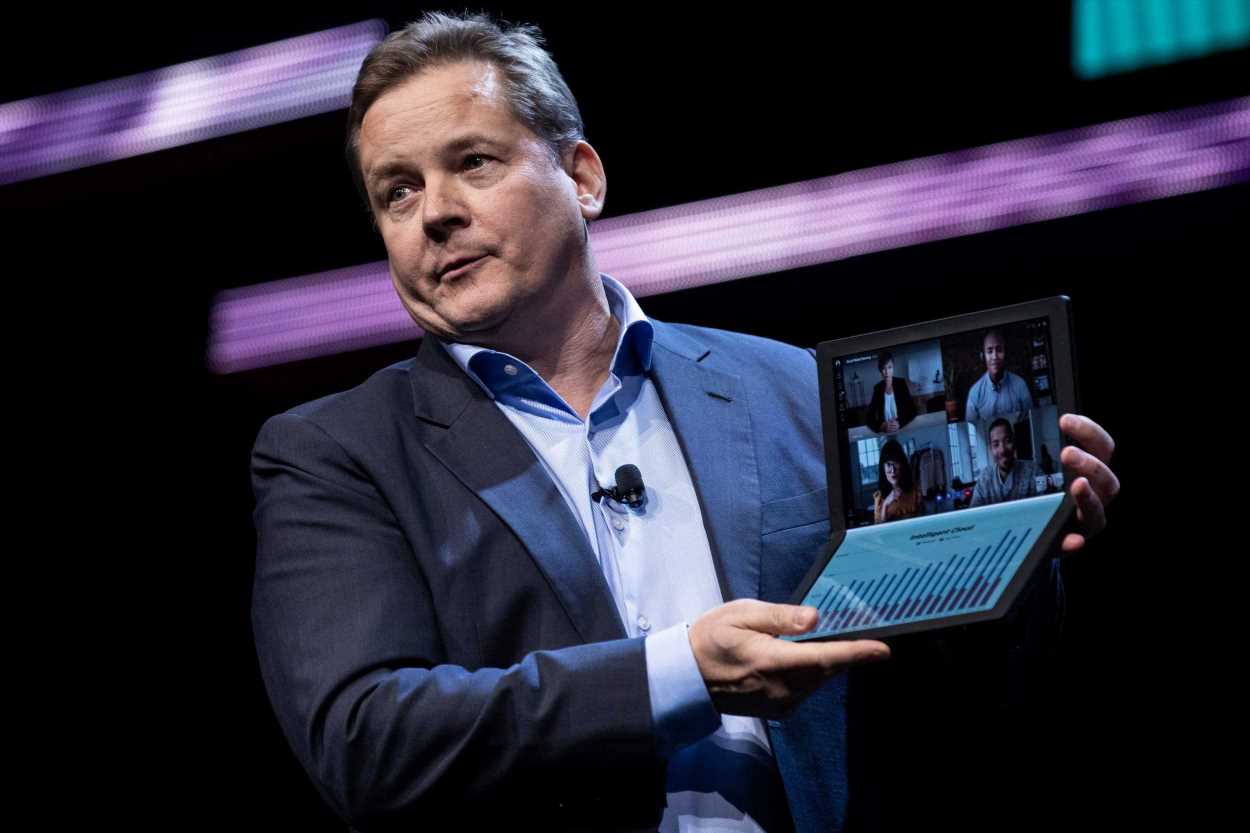 THE WORLD'S first folding PC has been unveiled by Chinese tech giant Lenovo.

The ThinkPad X1 Fold, out later this year, boasts bendy screen technology that means it works as both a tablet and a laptop. 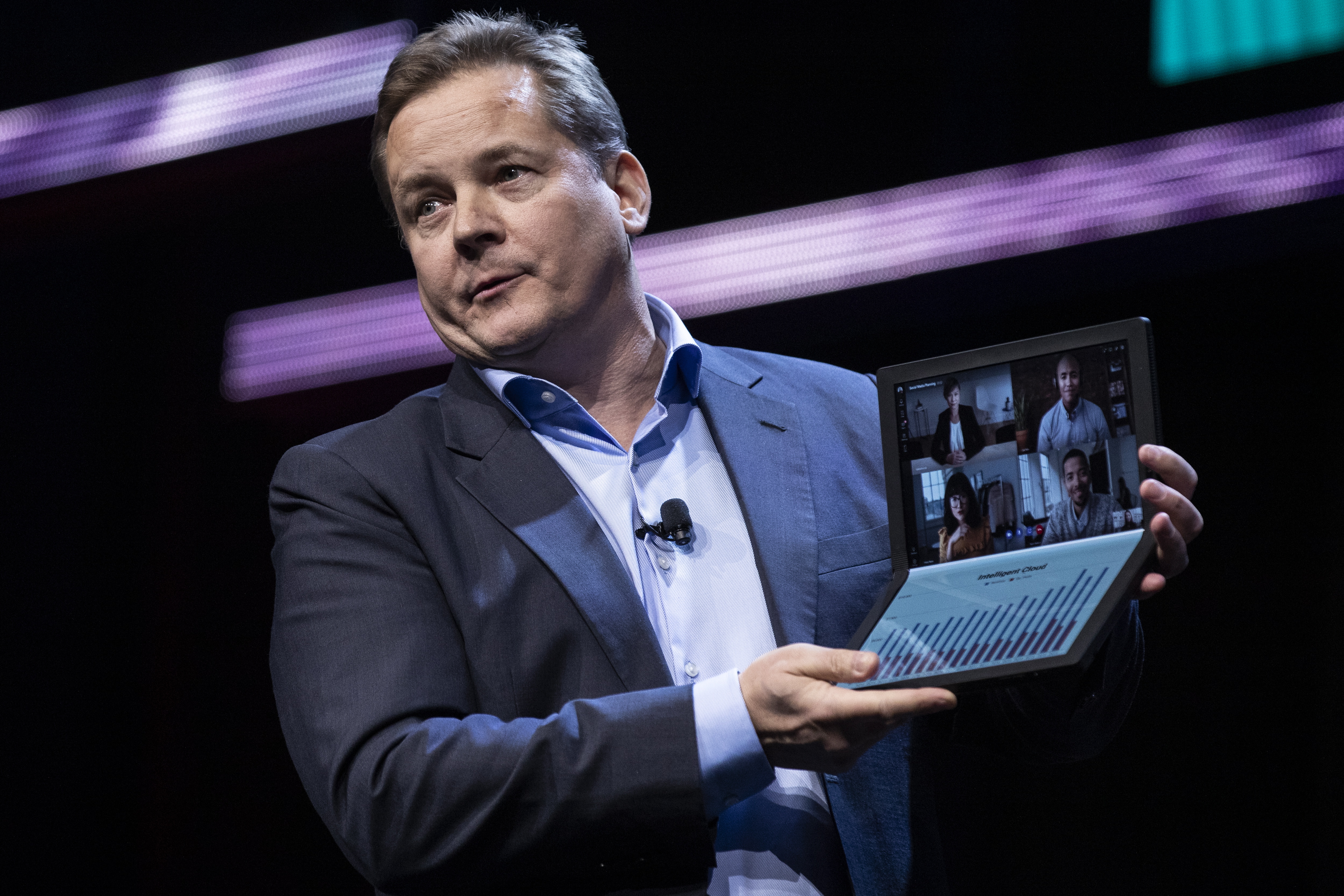 At first glance, the Fold looks like a typical tablet featuring a 13.3-inch OLED screen.

However, users can literally bend the screen in half, either folding it closed like a book or bending it to a 90-degree angle.

If bent, the screen can split into two halves, becoming a laptop with a touch-screen keyboard at the bottom and a display to work from at the top. 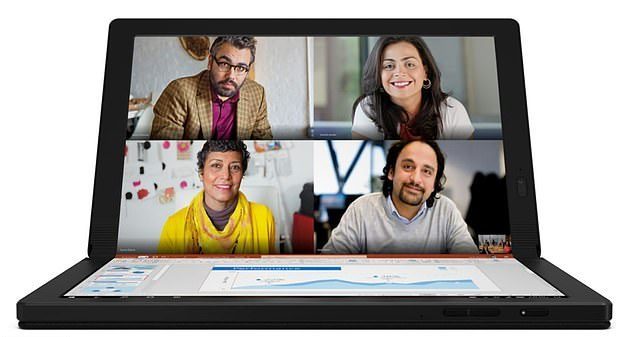 Alternatively, you could show a conference call on the upper half while the lower section displays a spreadsheet or word processing document.

The Fold bends using a complex hinge down the middle of the screen. The gadget is out in mid-2020, though Lenovo is yet to reveal an exact release date.

As well as practical uses, the device's folding capabilities are also handy for storage, according to Lenovo.

Unlike the folding phone we've seen from the likes of Huaweii and Samsung, the Fold makes a full-sized object smaller and not the other way around. 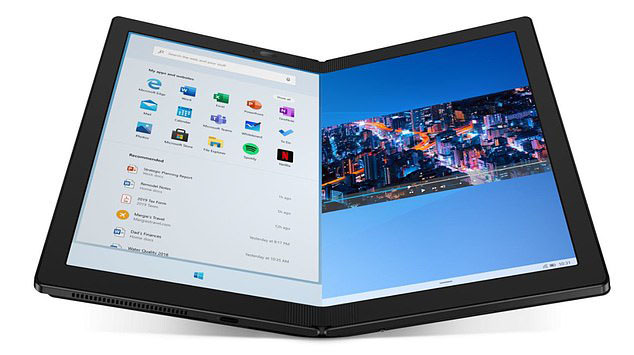 The 13.3-inch 4:3 2K OLED display folds into the size of a regular hard back book and is said to weigh less than two pounds.

It has a built in stand so it can be propped up even when it's completely flat and users can attach a WiFi keyboard or choose to use the keyboard on the screen. 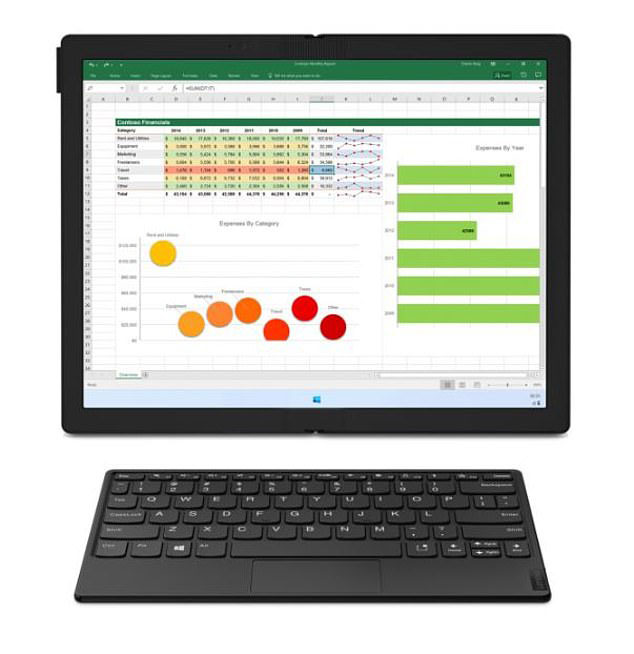 Last year, Samsung released its Galaxy Fold smartphone to great fanfare only to be hit by disastrous delays.

Its original debut was cancelled after test samples given to gadget reviewers quickly broke apart.

The Galaxy Fold eventually launched in September – five months later than planned – and quickly sold out.

In other news, Sony revealed the logo of the upcoming PlayStation 5 during its CES 2020 press conference.

Here are the weirdest gadgets unveiled at the bonkers Las Vegas tech show.

And, here's why you should avoid buying an 8K TV for now.

What do you think of Lenovo's folding gizmo? Let us know in the comments!