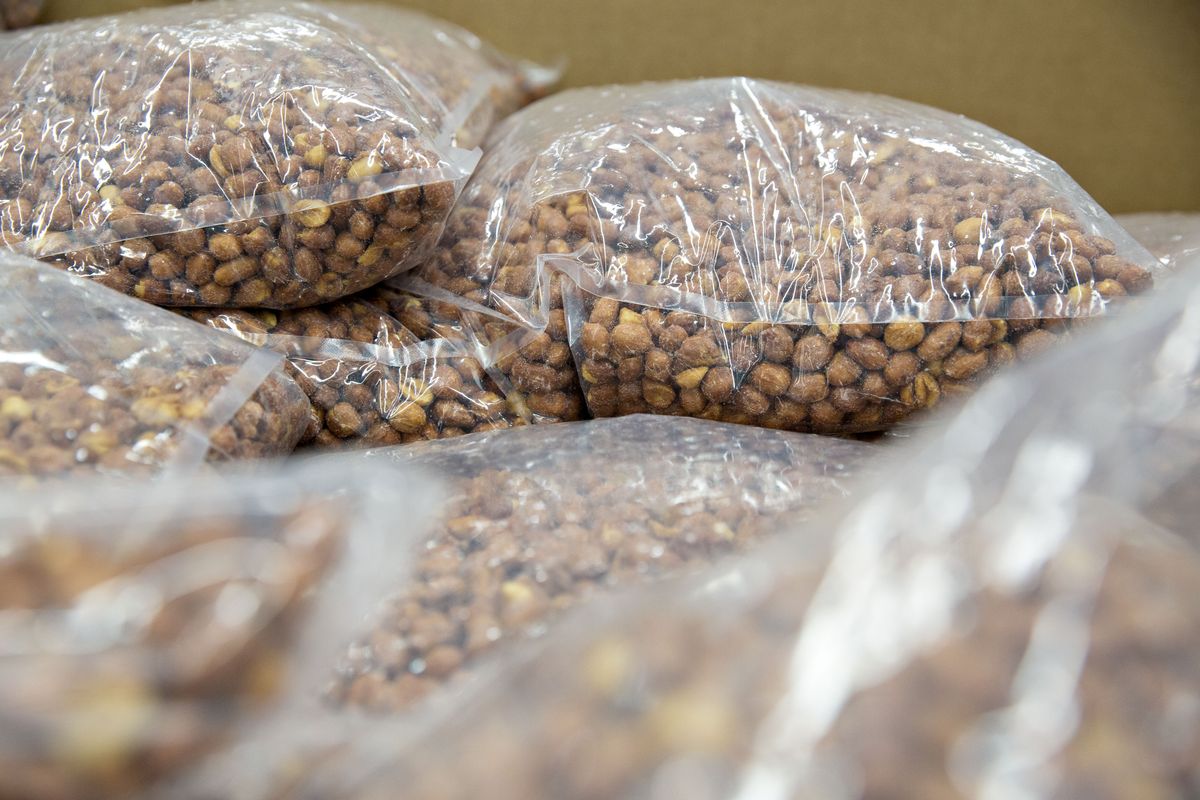 U.S. health regulatorsapproved the first drug for children and teenagers with peanut allergies, marking a potential paradigm shift in treatment.

The drug, which will be sold under the brand name Palforzia, will be marketed byAimmune Therapeutics Inc.. The therapy involves ingesting small doses of peanut protein, gradually increased over time to help desensitize patients to higher levels. The medicine is similar to oral therapies offered by some allergists; however, it is the first to be cleared by the U.S. Food and Drug Administration.

The drug will be “a game changer for both food allergy doctors and patients,” according to Christina Ciaccio, an associate professor of pediatrics at the University of Chicago and an investigator for Palforzia in U.S. studies. “To date, we have not been able to do anything but tell patients to carefully monitor what they are eating and to always be prepared with an epinephrine autoinjector in case a reaction does occur.”

The new drug is not a cure for patients and studies show it may not work for everyone that receives it. However, Aimunne says the benefits can be life-changing for parents and children who worry about the potentially fatal effects of accidental exposure.

Palforzia is intended to appeal to patients and allergists who want regulated therapy that is trusted and has a consistent protocol, according to Chief Executive Officer Jayson Dallas. The approval is “a defining moment for the entire peanut allergy community” and can “help usher in a new era in the treatment of peanut allergy and, in the long term, for food allergy in general,” Dallas said in a message to Bloomberg News.

The drug’s path to approval was rocky at times as a government shutdown to start 2019 meant the FDAdidn’t begin reviewing Aimmune’s application as early as investors hoped. Shares have climbed since September when an advisory panel to theFDA voted in favor of the drug.

“Peanut allergy impacts patients and their families on a daily basis and the threat of a severe reaction related to an accidental peanut exposure creates anxiety and interferes with their quality of life,” Dallas said.

The company compares the dosing regimen to that of allergy shots; there are 12 visits during the first six months of increasing doses, followed by daily dosing at home. While the current label is for patients between four and 17 years old, the company is studying the medicine in toddlers between one and four years old.

Analysts expect Palforzia to start slow with about $48 million in sales this year, rising to $1.2 billion in 2024, data compiled by Bloomberg show. The stock has high short interest, at about 30% of the available shares, according to financial analytics firm S3 Partners.

Aimmune can “buck the trend” of the typical “short-the-launch” biotech thesis, Piper Jaffray analyst Christopher Raymond wrotein a note to clients in December.

University of Chicago’s Ciaccio echoed that sentiment, saying she has already scheduled patients for treatment upon approval and even has a six month wait to set up a visit. While the drug will “not be a universal fit” for all patients, she looks forward to the day where there are multiple treatments to offer patients and decide which is the best fit.

Of the roughly 3 million people in the U.S. with peanut allergies, Aimmune says about half of them would meet the target age group of four to 17. The Brisbane, California-based company sees a similar opportunity in Europe.

Aimmune says it has identified about 1,300 allergists that they see as ready and willing adopters for the therapy when it becomes commercially available. Of that group, around 250 are already using do-it-yourself oral immunotherapy in their offices. Aimmune set the wholesale acquisition cost to $890 a month, regardless of the stage in patient dosing.

Given elevated share prices and the fact that experienced allergists can treat patients using peanut flour at a much cheaper cost, there are some skeptics on Wall Street. Credit Suisse analyst Evan Seigerman sees upside for the stock as limited heading into what he called a “challenging commercial story.”

Seigerman downgraded shares near the end of 2019, saying there could be “hiccups” inthe timing of approval and launch given it is Aimmune’s first commercial drug.

Aimmune’s approval paves the way forDBV Technologies SA and its experimental patch for peanut allergies. The FDA plans to make a decision on the Viaskin peanut patch by Aug. 5 after an advisory panel meeting.

Brisbane, California-based Aimmune intends to use both digital and social media to help inform patients and families of the drug with hopes that they can consult with their allergist on potential treatment.

— With assistance by Jeremy R Cooke