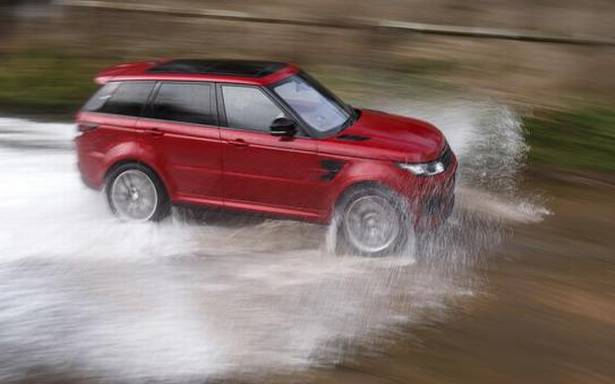 The Range Rover Sport can take it easy, if you can

“Umm, bud, do you mind if I mull over that for a bit,” says Elton Carvalho with some hesitation. A mechanical engineer, Carvalho moved back to Margao in South Goa to set up a small business delivering home-made Goan foodstuff around the country. I want to feature him in a television show that I produce and thought he’d be delighted at the prospect. Instead, Carvalho hands me some consolatory Bebinca and tells me to drive carefully.

I do have a long way to go: Valpoi is inland, more than an hour away, to the northeast of Margao. A light drizzle is falling and the single-lane country road I’ve taken looks slick. I can’t feel it though: for the Range Rover Sport that I’m driving, this is just an easy warm-up routine for the off-road track that lies ahead.

I get pulled over by the traffic police: a routine check I surmise. “Why are you driving such a large car,” asks the cop as I roll the window down. Perfectly valid query, I suppose. I’m about to launch into a well-practised spiel about what I do for a living but stop to consider his question. In Delhi, that would have been easy — in a city where a man’s stature is judged by the road space his ride occupies, and an SUV is a natural choice. But here in Goa, I’m going to have to be more inventive. “Well, I wouldn’t feel confident taking on the slush on the trails in Valpoi in anything else,” I say. The gent grins and nods in agreement: turns out he really just wanted to have a look around the car. In Goa, everyone is an auto enthusiast.

If you’re the type who likes sports cars but needs an all-terrain vehicle, then you’ll like the RR Sport. It’s no hot hatch, and not ideal to throw around switchbacks, but, on a wide track, it hurtles down the asphalt like a metal projectile.

In Valpoi though, I have a moment of doubt: going it alone seems imprudent, since there’s unlikely to be help at hand if the car gets bogged down, but I’ve come too far to turn back now. I needn’t have worried: the RR Sport was built for this milieu. Immediately, the on-board computers come to life, locking and unlocking the differentials with zero input from me, and disappointingly, there’s none of the slipping and sliding I had anticipated.

A bit of an anti-climax

The most ominous section on this track, that involves a stream followed by a big muddy hill, has been the undoing of too many over-confident all-terrain vehicles. The Sport’s large touchscreen immediately lights up with an infra-red camera illuminating submerged rocks; the few I miss, it simply clambers over. And the hill, well, this car climbs like its wearing crampons, not road tyres. It’s a bit of an anti-climax really, as in the RR Sport, this much-feared track has been more like a pleasant drive in the forest.

There are things it can’t do though. Enter the narrow lanes of the old Portuguese quarter in Panaji, on the way back, for example. A shame, because the car’s Prussian red would have hung rather well against the pastel-hues of Fontainhas’ charming dwellings. The sparse streets bear a deserted look. In the afternoons, this enclave slips into a dreamy siesta. Goa is committed to its holiday vibe and it doesn’t matter whether you’re off-roading or sitting around sipping tea quietly waiting for dusk in Fontainhas.

Carvalho calls back a few days later to turn down my proposition. “Bud if you feature me, then more people will know about me and order more stuff. That means I’ll have to work harder, and suddenly my life will change. I’m not ready for that. I love my life the way it is…”

I get it Elton, despite what I think of that incredible chorizo, I hope this doesn’t get the word out. What’s the point of living in Goa if you can’t Susegad the heck out of it?

Meraj Shah makes a living chronicling his experiences on the road, shooting video and writing on auto, travel and golf. When not roving the globe, he lives in Delhi with a motorcycle named Blue