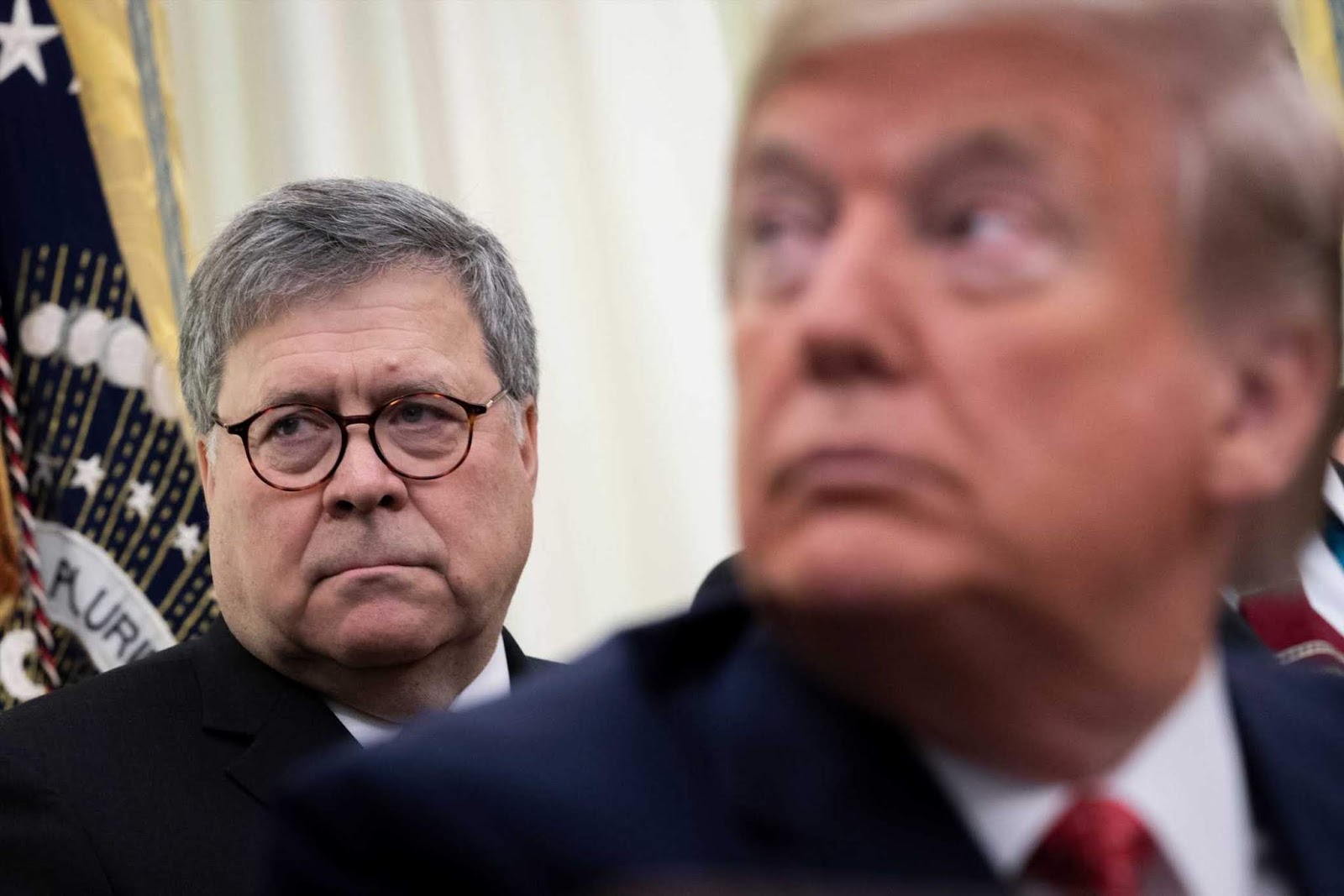 Attorney General Bill Barr claimed his intervention to reduce the sentencing guidelines for Roger Stone, a confidant and former campaign adviser to President Donald Trump, was not done at Trump’s behest.

In an interview with ABC on Thursday, Barr tried to separate the decision — which prompted calls for his resignation — from Trump’s influence, saying that lightening the sentencing guidelines was “the right thing to do.”

“I’m not going to be bullied or influenced by anybody … whether it’s Congress, a newspaper editorial board, or the president,” Barr told ABC. “I’m going to do what I think is right.”

Barr blamed the firestorm over the decision on Trump’s tweets, which he said “make it impossible for me to do my job.”

On Monday, a team of DOJ prosecutors recommended that Stone face seven to nine years in prison for witness tampering and obstructing the House investigation into whether the Trump campaign coordinated with Russia in the 2016 election.

Trump then raged on Twitter early Tuesday morning that it was “horrible and very unfair” and a “miscarriage of justice” for Stone to face that potential sentence.

That afternoon, the U.S. Attorney’s Office for the District of Columbia intervened and withdrew the earlier sentencing suggestion. The order to override DOJ prosecutors’ sentencing guidelines came from the offices of Barr and Deputy Attorney General Jeffrey A. Rosen, The New York Times reported.

All four of the federal prosecutors overseeing the case against Stone abruptly resigned.

Trump responded by praising the attorney general for “taking charge” of the situation in a series of tweets.

“I think it’s time to stop the tweeting about Department of Justice criminal cases,” Barr said in the Thursday interview.

“I cannot do my job here at the department with a constant background commentary that undercuts me,” he added later.

Stone was the sixth Trump aide or adviser to be convicted of charges brought as part of former special counsel Robert Mueller’s Russia investigation.

“The President wasn’t bothered by the comments at all and he has the right, just like any American citizen, to publicly offer his opinions,” Grisham said in a statement. “President Trump uses social media very effectively to fight for the American people against injustices in our country, including the fake news. The President has full faith and confidence in Attorney General Barr to do his job and uphold the law.”

And while Barr may claim to be free from Trump’s influence, he’s repeatedly made decisions that plainly dispute that notion.

In January, the New York City Bar Association called for a congressional investigation into Barr, warning his political partisanship “threatens public confidence in the fair and impartial administration of justice.”