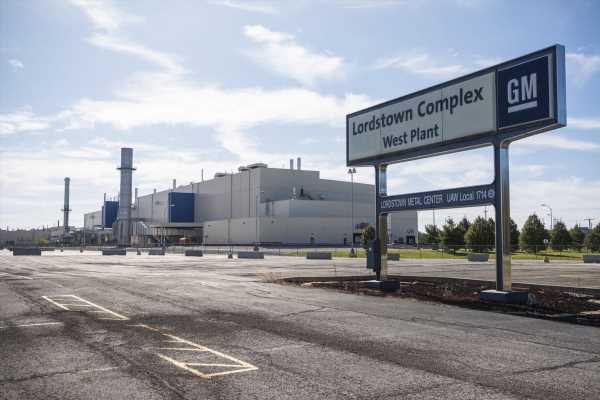 President Donald Trump’s proposed budget would kill a loan program that an electric-truck company is counting on to revive an Ohio factory vacated last year by General Motors Co., which angered Trump.

The company,Lordstown Motors Corp., is seeking a $200 million loan from the Advanced Technology Vehicles Manufacturing Loan Program. The Energy Department initiative doled out billions of dollars to help companies retool factories to build advanced electric vehicles, including a $465 million loan toTesla Inc. for its Model S in 2010, which the company repaid in 2013, according to the department’s website.

Lordstown Motors plans to hire as many as 400 workers by the end of 2020, according to Representative Tim Ryan, an Ohio Democrat who has urged the department to approve the loan. A company representative didn’t immediately respond to a request for comment.

According to a budget summary obtained by Bloomberg News, Trump’s fiscal year 2021 budget calls for canceling the Energy Department program and a loan guarantee program that have been under fire from conservatives after it famously backed a half-billion-dollar loan guarantee to failed solar-panel maker Solyndra LLC.

Lordstown Motors in Novemberbought the formerGM plant, where it plans to build plug-in electric pickups, beginning in late 2020. GM triggered a political firestorm when it announced in 2018 that it had no plans to build anything there, essentially closing the plant. Trump harshly criticized GM and later lauded the prospect of a new company building trucks there.

— With assistance by Erik Wasson